Country artist and former Black Hawk Aviator, Ryan Weaver, has had a personal journey like no other. After losing two brothers in the line of duty, making his family a two time Gold Star family, Weaver was more inspired than ever to follow his dream of becoming a country music star, a dream that his brothers would have wanted him to take hold. In 2017, Weaver debuted as the Patriotic Voice of the Professional Bull Riders (PBR) during the Celebrate America Campaign. The singer/songwriter was named a PBR artist and debuted his first EP, Celebrate America, under that name. From there, Weaver toured the United States through PBR, allowing him to showcase his own, personal songs and to sing the National Anthem at multiple stadiums and arenas. Since, many doors have opened for Weaver, including having his music video for “Crank It” featuring fellow military heroes, Kris “Tanto” Paranto and John “Tig” Tiegan, set a network record after having it played on TNN/Heartland Network’s “Rising Star” and “Second Shift” countdowns for eight consecutive weeks.

Ryan Weaver’s latest single, “Time Like This” showcases a new side to the artist’s music as he approaches the song in a fresh way. Co-written with fellow musician Craig Wilson, the two created a new, dynamic multi-genre song. The song combines both classic country undertones and slammin’ country rock, creating a contagious hook. It’s unlike any other track Weaver has put out to this day, creating something new and exciting for his fans to listen to.

Not only has Ryan Weaver earned the title of a successful country-rock artist, but he has picked up multiple partnerships along that way. He currently has partnerships with the prestigious military brand, Nine Line Apparel, and Lane Boots, where his own pair of cowboy boots sit on Nashville’s infamous Broadway. Along with the two mentioned, Ryan holds partnerships with Mansports and Liberty Home Concealment, all in which he takes great pride in representing. The artist and his partners have a mutual admiration for one another. Weaver is grateful for his ability to represent and promote these companies.

Let’s get to it! It is great to have Ryan as part of the Southern Fellow family. Please make sure you check out the Meatball and Smoked Tomato Marinara recipe he inspired. Here is our interview with Ryan Weaver.

My road to a career in music actually began on active duty in the Army, where I competed in karaoke and singing competitions in flight school. I discovered an unknown passion for performing, and I actually was winning too. Once I deployed to Iraq as a Blackhawk helicopter pilot in 2003 and my brother, Aaron was killed in action on January 8th 2004, I realized I was letting my life pass me by. It was then that I actively started pursuing writing & performing. When I returned from Iraq, I competed in the Army’s Military Idol Competition and a singing competition for a local radio station in Dothan, Alabama. I made the finals to that competition, which awarded my first national act opening slot for none other than the great George Jones. The Military Idol competition introduced me to my first band, and I started performing in the bars and clubs in the southeast, then moved to festivals & opening for other national acts like Montgomery Gentry, Trace Adkins, Craig Morgan and Blake Shelton. I actively started traveling from southeast Alabama to Nashville in 2006, where Country Music Hall of Fame songwriter Jefferey Steele took me under his wing for a few years.

Not sure if platinum exists, but I want to go platinum… It’s the reason we used that color for my skin on my new single cover art for “Time Like This.”

I am already working toward making Weaver Country a household name with my Weaver Country brand partnerships, which have also become a second passion of mine. I have my patriotic t-shirt line with Nine Line Apparel, my “Old Glory” cowboy boot line in 17 stores across the nation (with the black ladies style recently picked up by Nordstrom online for August) with Lane Boots and another boot design coming out in 2020. We are forming partnerships with Liberty Home Concealment, Stars & Stripes and Solo Stove to create Ryan Weaver patriotic lines of their products, and trust me… I’m just getting started.

Who has inspired you the most and how has that person contributed to your music?

Musically and performance-wise, I have to say Garth Brooks, Jeffrey Steele and Travis Tritt. Inspiration-wise, January 8th 2004 changed my life and December 17th, 2013 when my brother-in-law Randy Billings was also KIA in combat in Afghanistan making us a 2 time Gold Star Family. You just can’t measure my motivation to achieve the American dream in their honor.

Strong, easy to remember hooks are what I love, and just like in cooking, we want that flavor we can remember. I like to write the same way. When you hear my songs the first time I want you to come back for more. It’s important for the ingredients to inspire you, the flavor capture you and the overall recipe to bring you back to listen again and again.

I flew helicopters and I am PETRIFIED of heights. 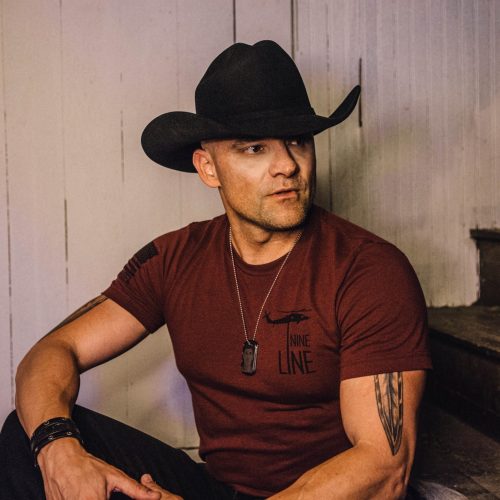 It’s really hard to give just one… Both of my Grandmothers on my Dad and Mom’s side of the family KILLED their pasta dishes. On my Dad’s side, my Grandmother’s homemade noodles and chicken have always been one of my favorites. My Grandmother on my Mom’s side made an insanely good homemade spaghetti sauce.

Setting high goals and achieving them while being in love with the life you are living.

If you could learn anything new, what would it be?

I love to travel, and I would love to visit and learn more about Greece.

We smoke so much food around here. So we decided to add our flare to Ryan's Italian background! This recipe is smokin'!
Let's Cook

The secret to great pizza is good dough and we have come up with a great recipe to make you a pizza master. You can also grill it for a fast, delicious bread.
Let's Cook

I learned over the past year performing in the Professional Bull Riders(PBR) events how driving, rockin’, motivational music is used to keep the crowd pumped up. My live concerts have always been high energy, and I wanted to create a new sound that danced in an out of set genres. Just like my last single, ARRIVAL, we went down a path to attract and entertain listeners who have eclectic music tastes. The song has a positive, motivational message, which is also something I always enjoy when I listen to music.

If you found a $100 winning scratch off, what would you buy?

This year, with several new partnership brands coming on board, I’m excited about where my music career is taking me. From my shirt line with Nine Line Apparel, my “Old Glory” boot line with Lane Boots to my soon-to-be released Ryan Weaver Heroes Flags by Liberty Home Concealment, I’ve got a lot of irons in the fire with much more to come.

That is country music artist Ryan Weaver. When you see him at a PBR event or other venues take time and welcome him to the Southern Fellow Family. Let’s dust off that playlist and add Mr. Weaver to it. You can find all of his music on Spotify, Apple Music, Amazon and YouTube Music.  Please check out his music and give those delicious recipes a try.

We have more music and recipes coming your way. Next up on Feed the Band is the beautiful and talented Mary Loyd. Want us to feature your favorite new artist? Send us the info at patrick@southernfellow.com.

The Video Premiere of “Homesick Hearted” by The Jensen Sisters

It was amazing meeting @sashamcveighmusic in perso

Two years ago RBG's passing would have not made a

Shop Amazon and support us!