I’m glad you are here! Learn about the origins of the Southern Fellow family below. 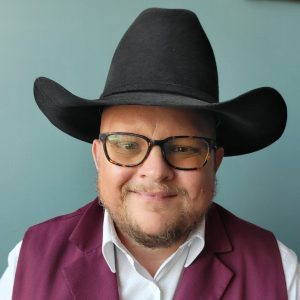 Chef and Founder of Southern Fellow

My name is Patrick with Southern Fellow. I imagine many of you have never heard about us, so let me fill you in. First off, we are all about family. Every artist here is part of the family, and hopefully, each of you will be as well by the end of this. Secondly, we bring food and music together in a uniquely delicious way.

This all sounds pretty simple, right? If you told me a few years ago that I would have a highly rated music website, I would assume you were smoking the good stuff and then be very disappointed that you didn’t share. But, joking aside, my story starts a lot farther from the stages of Music City.

Southern Fellow started three and a half years ago. To be honest, this was not a big dream of mine or even on my radar. This is all a product of circumstance. A few years back, I had my first of many seizures. Coming from a ranching family and being a full-time chef, daily tasks that were pure muscle memory at that point in my life, could now be life-threatening. Everything came to a screeching halt. I had two choices. Get severely depressed or find something to occupy my time. I chose the latter.

Family and friends have asked me to write down recipes for years, and I never gave it too much thought. Finally, I decided to do just that. I taught myself how to build a website and turned my home kitchen into a makeshift test kitchen. I was creating two recipes a week. Three months into this, Erinn Peet Lukes, a bluegrass artist out of Colorado, asked me about one of my recipes on Instagram. A question about pasta turned into a conversation on the difficulties of independent artists finding an audience. I wanted to use the audience I had at the time to help her, but music was not something I did.

I took a few days to think about it and came up with an idea. First, we would do an interview, and then I would create a recipe around Erinn and that interview. To my surprise, people actually liked it. I thought it would be a one-off, but Nashville had different plans. Exactly two weeks after that interview, I was contacted by two publicists and an artist wanting me to repeat what I had done for Erinn. Thus, Feed the Band was born and is now our most popular series.

Let’s talk about something you might pick up on. There will be more ladies than you hear than on country radio here at Southern Fellow. You might want to go for the obvious, but I can promise you my extremely good looks have nothing to do with it. To be honest, it has little to do with me and more to do with them. Not only are these women exceptional songwriters, they are also some of the hardest working people in the music industry.

I never set out to be a champion for female artists. At first, I was like many of you. I mostly listen to the boys. Garth Brooks, George Strait, and Chris LeDoux were at the top. I did throw in an occasional Dolly or Reba song, but by no means was that an everyday occurrence. This changed when I started Southern Fellow. I was on the hunt for the next George Strait to feature, but the ladies on this site had other plans for me. They were persistent, and the more that I said no, the more emails and phone calls I received. At one point, I thought Ms. Bailey James was going to hog-tie me so that I would stop and listen to what she had to say. I had to start listening. I encourage all of you to stop and listen as well.

It’s not all about the ladies. We have featured many talented male artists. These hard-working boys have put out some dang good music and have contributed significantly to what we do here at Southern Fellow.

Some other people made this all happen. It’s every one of you! I’m thrilled that you are here. Whether you just dropped by for a recipe, wanted to support an artist, or simply thought I looked cool enough to learn more about, thank you. Without ya’ll, none of this would be here. I am glad to have you as part of the Southern Fellow family.

Check out our
Spotify playlists!

Thank you for joining the
Southern Fellow family!