Bailey James Gains Freedom On All Fronts with “Finally Free”

Knowing and writing about Bailey James for the past two years has had its challenges. First and foremost, I love Bailey to no end. Bailey has one of the biggest hearts I have ever seen and is talented beyond measure. She has become a little sister in my eyes. But, that’s also where the challenges start to rise. We all try to put people in boxes to make sense of those around us. I have wanted to do this with Bailey more times than I can count. I know you have been in a similar situation. When something is so close to fitting in a container, you become obsessed with making it do just that. That’s exactly how I felt about Bailey until her latest single, “Finally Free.”

I had half of this review written before I even heard “Finally Free.” I know many of you are looking at this as a puff piece, but if you have followed Bailey for the past few weeks, It would have been easy to read the tea leaves. The title has a double meaning to it. Bailey has officially hit adulthood and, under societal norms, can push back at people like me who try to put her in a box. So, without a bullet fired, I’m here to raise the white flag, not from any pressure from Bailey, but from reflecting on the personal meaning of “Finally Free.”

Bailey has been an adult long before she turned 18. She has had to deal with a few adult situations growing up, but for the most part, it’s just who she is. Now that it is official, she is finally free to run unbridled. With little folly, Bailey has hit the ground running. “Finally Free” is a product of that. At this point, trying to put her back in a box would be foolish. Bailey has proven that limits are for people who struggle to stand in the vastness of someone else.

Let’s talk about the song itself. Written by Bailey James, John Miller, and Nolan Willis Neal, “Finally Free” spotlights all of Bailey’s strengths. Bailey has a big, soulful voice, and she delivers it with every note. This is one of the reasons I stopped trying to make her just a country artist. “Finally Free” allows Bailey to release her full vocal power. I also appreciate the maturity in the lyrics. As a guy, I may never understand every situation a woman goes through, but I do here. Realizing being solo is better than a dragging dead weight is a message I can get behind. If “Finally Free” is what Bailey, as an adult, leaves the gate with, I’m looking forward to many years of fantastic music.

I usually ask people to add a song to their playlist, but today I’m telling you. “Finally Free” is that good. All you have to do is click on your favorite music service below. If you feel the need to learn more about Bailey, you can check out her full interview on our Feed the Band series. While you are listening to “Finally Free,” feel free to try the Super Cheesy Mac & Cheese recipe Bailey inspired. Thank you for dropping by The Luncheonette. We have more music and recipes on the way!

Bailey James on Feed the Band

Check out our full interview and featured recipe with Bailey James!
Click Here 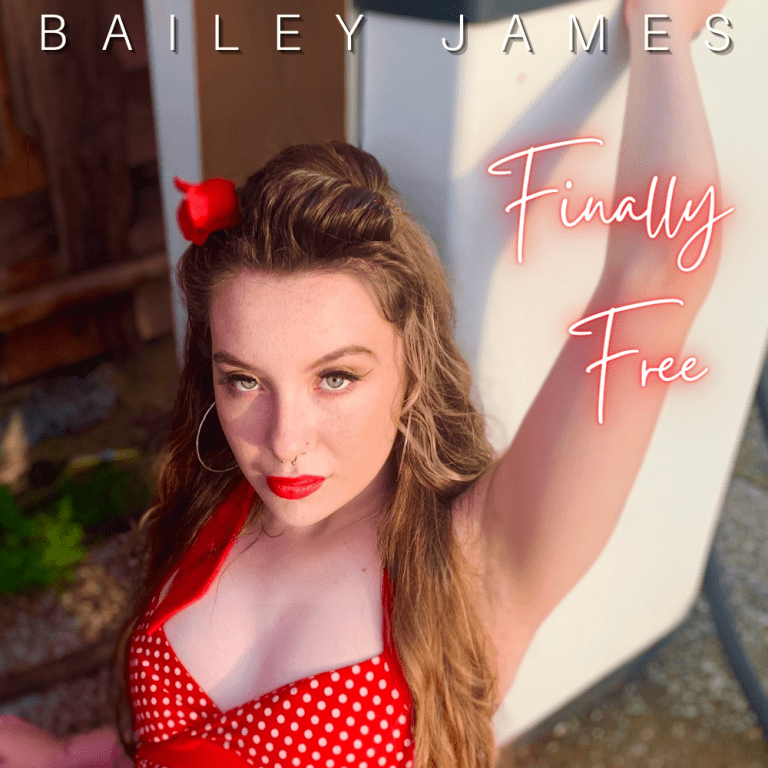 Last weekend at the @nsbsongwritersfestival was on