Few music artists can fit into multiple genres. Knowing the nuances of different genres is one thing. Someone being excellent in every single one that they pursue is almost impossible. Bailey James has successfully crossed many genre barriers.  I used to watch CMT Crossroads regularly. As entertaining as it was to see country artists cross musical lines, most performances were OK at best. The first time I heard about “Bitter”, a collaboration between Bailey James and Mia Morris, I had some reservations. Thinking I know best, I initially had no plans to cover this song. Knowing Bailey for almost two years, I should have known this young woman would prove me wrong.

When I think about rock music, Led Zeppelin, Aerosmith, and Jimi Hendrix come to mind. I am sure this is the same for many of you. If you take a more in-depth look at those three names, something becomes apparent. These are all male artists. I am not going to sell myself as a hero to female rock artists. I’m like you! Other than some early Flyleaf music, males rule in the rock world. So why do we often get bitter over females in this genre? It’s a societal issue that I feel need’s to change. “Bitter” is proof of that.

Bailey is predominantly a country artist. I have seen her do some blues, soul, and I know she likes to rock out. “Bitter” is her first original song in the rock genre to have a full release. The Biggest reason I was not planning on covering this particular song was not that Bailey is a girl, but because I feared it would come across too youthful. After all, Bailey just turned 18. That said, sometimes I put too much stock in her age. Bailey is young and still has many life lessons to learn, but she is more mature than most adults in many ways about the stuff in life that truly matters. Her maturity is on display in her previous music, as well as her latest single.

“Bitter” is put together so well that I don’t care that Bailey James is young or female. I simply want to go straight to headbanging and rocking out. Bailey and Mia Morris have pushed their talents to the max, and it’s paying off. This song is complete with great lyrics, electric guitars, Mia giving those drums hell, and Bailey using her wide vocal range. I would say they checked every box on a hit rock song list, but they ripped it to shreds and created something that beats any expectation you may have.

Bailey James is dynamite to boundaries, and she lit the fuse with her latest single. “Bitter” is needed on your playlist. If you have to think about it, you’re simply, well, bitter! All the links you need are down below. While you are rocking out, learn more about Bailey James by reading her full interview on Feed the Band and try the Super Cheesy Mac and Cheese recipe she inspired. 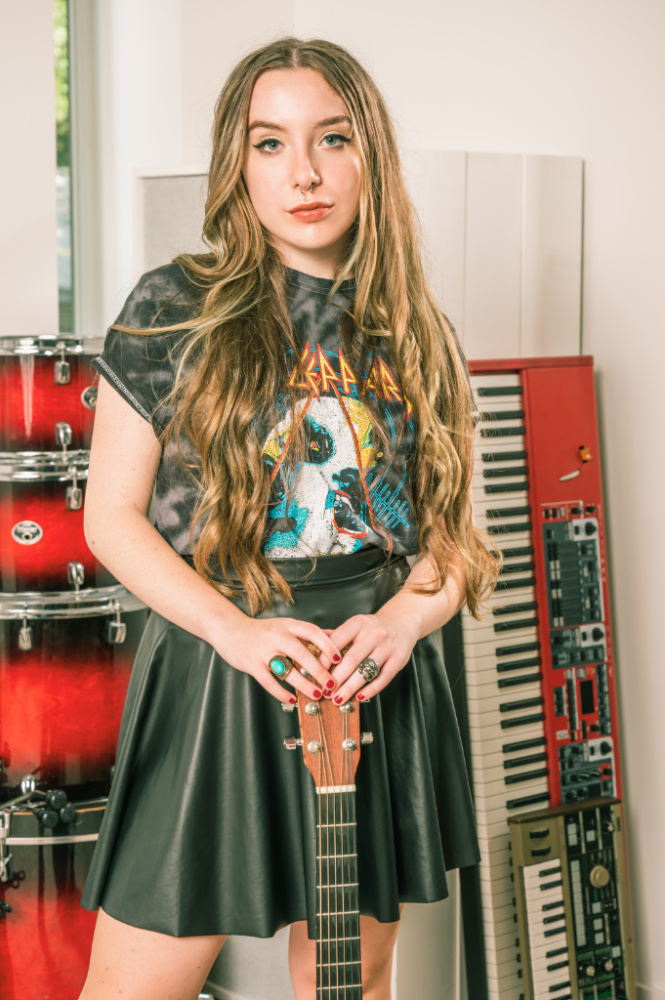 Bailey James on Feed the Band

Check out our full interview and featured recipe with Bailey James!
Click Here 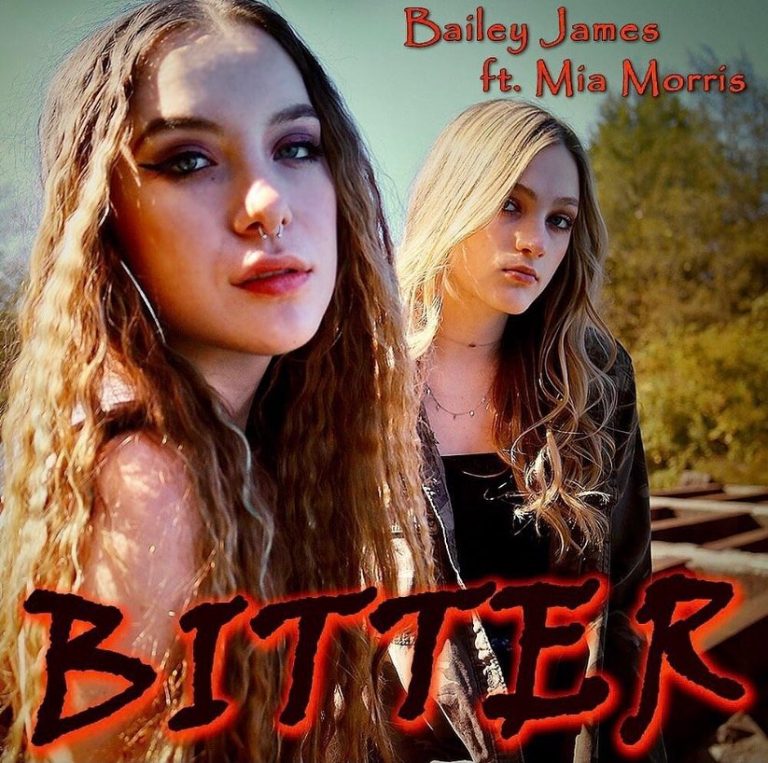