Here at Southern Fellow, home and family are an important part of who we are. That’s why you are not followers, but family. That goes for www.southernfellow.com. It’s not just a place on the web, but a place our family calls home. Home and family have always been at the core of country music as well. I feel in some ways these values are slowly being forgotten. You can get my full opinion on that in my letter to country music. There is hope however. It comes in the form of the country music duo we are featuring today on Feed the Band.

Husband and wife duos have been pretty popular in country music. Stewart and Holly, also known as The Springs, have also experienced this for themselves. Success on the stage in not all they have going for them. One of the best things about The Springs is that no matter how bright those stage lights get they still manage to find home. Home can mean different things to different people. As for The Springs, they find a home in God, each other, their fans and in the state of Alabama.

I was lucky enough to experience this for myself. We have been talking for a few months pretty casually. When we finally got to truly connect. I felt right at home with Stewart and Holly. So much so, it felt like they grew up just down the street and we were just catching up, even though they both are from a completely different state than myself. We talked about music, the FFA and mama’s cookin’. We were talking through cell towers and satellites, but it felt like they were sitting at my dining room table with me. The Springs are two of the most genuine people I have had the pleasure to interview. They remind me of home.

The Spring’s music carries on with this theme. Each song shows that home can be more than a place with four walls. You can find a home in a marriage, family, friendships or lessons life teaches us along the way. I think most of our family reading this will find it difficult to find a song the don’t like on the Spring’s  EP “Old Fashioned”. The Springs have a gift with music. They will make you feel at home with every song.

Please reach out to The Springs and welcome them to the Southern Fellow. Stewart and Holly will always have a home here at Southern Fellow. Let’s get to the interview. Please also try the two recipes that will definitely remind you of home in the south. Also look out for that giveaway. Here is our interview with The Springs!

Your road to music and to each other is pretty entwined. Tell us about it.

We both grew up in Alabama where we both started playing and singing. We moved to Nashville within 3 months of each other. While playing a songwriters’ showcase at the Bluebird Cafe in Nashville, we met. We chatted through social media for a while & 3 months later we were dating. 2 years later we were engaged at the Bluebird & then we were married in 2015. Looking back at how it all happened, it was all God’s plan. Both being from 2 totally opposite ends of Alabama & then meeting here in Nashville, doing what we love….we just knew it was meant to be.

You both are a proven songwriters. What advice would you give future writers?

Who are your top 3 influences and how did they shape you as an artist?

Holly: mine would be Shania Twain, Carrie Underwood & Celine Dion. These women, to me are some of THE best vocalists and entertainers in the music industry. They are classy, professional and to me, just have the WHOLE package. Their music & the meaning behind their songs were always and still are so relatable to me as a woman.

Stewart: Garth Brooks, Conway Twitty & Alan Jackson. Alan Jackson was my first ever concert & taught me to love live music. Conway was my favorite singer & taught me to sing with emotion. Garth is the best performer of all time & always put his fans & his family first.

What marriage advice would you give newlyweds?

Always put God first. To us, that is the most important. If you have a marriage based around God, you’ll have everything you’ll ever need in a marriage.

In general, losing each other would be our biggest fear. Career wise would be never having our music be heard. We love what we do and couldn’t imagine first of all not doing it and secondly, not doing it together.

We are always developing recipes here at Southern Fellow. When writing music what recipe do you use?

First off, it always depends on who we are writing with; a lot of times, that determines what kind of song we will write. Secondly, a hook is one of the most important things you usually should come up with first when writing a song. Not always does that happen, but 95% of the time. You come up with your hook to be able to write your whole song around those few little words.

Connect with Stewart and Holly 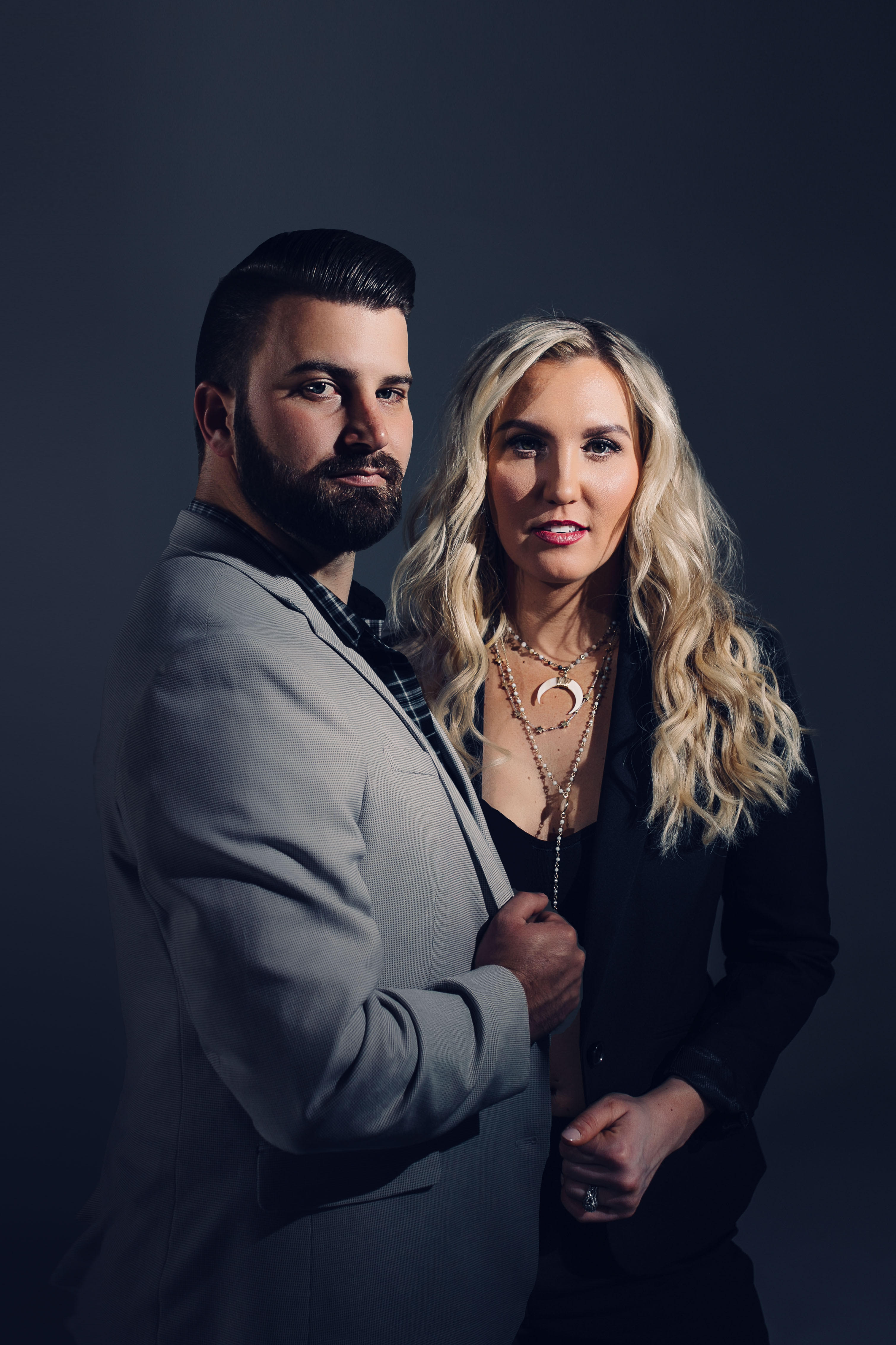 You are both from Alabama. What was your favorite part of growing up in the south?

I think we would both agree that the food & just living in the country were 2 of our favorite things. We live in pretty much what is called the “city” now & when we go back home to Alabama, it’s nice to sometimes just sit outside & look up at the sky & all you can see are the stars & hear the crickets. We don’t get that much where we are now, so that’s one of our favorite things to do when we both go back home to visit our families. Oh AND eat our moms’ country cooking! Definitely can’t beat that! Haha!!

We had only been dating for a few months, but we always wanted to make fried oreos together. So, we decided to do that one night at home. We had THE BEST time laughing and making a mess. We had powdered sugar EVERYWHERE!! But, it was so much fun & not to mention, they were AMAZING! Haha!!

In your own words define success.

Success is reaching your goals no matter how small they are!

Probably pizza. We love any kind of pizza. We have to stay away from it. It’s a HUGE weakness of ours haha!! So yeah, I think we would write one about pizza and all the types we like. Haha!!

What takes too much of your time?

Working out! We both have a love/hate relationship with it!! Haha!

What does the new year look like for you?

LOTS of new music & a REALLY cool opening show that we will be announcing in a few weeks!!

Here in the south we pretty much fry everything. I didn't even try to compete with The Spring's family fried chicken. We decided on another southern favorite. This is a fresh take on fried green tomatoes.
Let's Cook

Stewart and Holly mentioned their love for pizza. So we decided to share our pizza dough recipe. Once you try this recipe, you will never want store bought again.
Let's Cook

What traditions have you two created as a family?

We love to travel somewhere new every anniversary! Whether it’s an hour away visiting somewhere or out of the country, we love seeing the world together & checking places off of our bucket list.

Tell us about your new single “Someone”.

I (Stewart) had the idea in my phone. I was writing with Lexie Hayden & George Washburne & told them about how there are so many people that do things daily around Holly or for Holly (waiter, pizza delivery, mail man, e.t.c.) I told them as cool as all those things are that I don’t want to be any of those. I just want to be the person that loves her for the rest of her life. So, we are super excited about this new song. It comes out June 7th!! You can pre-order it now on all online music platforms!

We are so excited about releasing our new single June 7th! We are also looking forward to seeing everyone at CMA fest this year! Our schedule is online at www.thespringsband.com. You can also find it on all our socials as well.

I would like to thank Holly and Stewart for their time. They are two amazing people.  You haven’t updated your playlist yet? Get with the program and let’s update that thing! You can find The Springs on Spotify, Apple Music, Amazon and YouTube Music. Please give those recipes a try and stay tuned. We have more music, recipes and stories on the way.