This will be a bit longer song review than most, and it’s going to raise a few eyebrows. That’s because the new single “El Paso” from country music artist Charlie Marie has put together so many pieces of the county music industry for me over the past week. I purposely used the word industry for a reason. It’s a business and a big one at that. Billboard reported that the country music industry was worth $113 billion in 2018 and contributed $170 Billion to the overall economy. Given those numbers, it’s easy to say that business is good. Unfortunately, someone like Charlie would not even have an honorable mention on any graph even though her face and others like her are what consumers picture when they think about country music. Some big players fill up those graphs, and that club is tiny. They are also diluting the genre, like a bartender adding water to whiskey to get a few more shots out of the bottle.

All is not lost, at least not yet. We still have Charlie Marie and “El Paso”. We will get the importance of her new song and what it means for the industry in a bit. This also has very little to do with Charlie being female. That’s a whole other topic, and if you have been following me for any length of time, you will know I think women are doing better at songwriting than their male counterparts as a whole. Country music is getting watered down on all sides, no matter the gender of the writers and artists.

Looking back, I think the more traditional country sound similar to “El Paso” hit a peak in the early 2000s. What does that mean in business terms? The industry ran out of customers. So the country music industry tested the waters, and the big record labels started to look elsewhere. They ran some tests and had their artists teaming up with artists in other genres. In walked CMT Crossroads and other tv and radio programs like it. Crossovers were not new to country music; they had some success since the beginning. The industry now wanted to use it to bring new customers to the genre at a much larger scale. I have a feeling around a desk somewhere the question “Why divide everything with two artists when we can do it with just one?” was asked. That day the term pop-country was born.

“Ok, so they created a new genre. What’s wrong with that?” you may be asking.  They never sold it as a completely new genre; it was more of an evolutionary change.  It was a change where the parts became more valuable than keeping country music’s sound and the culture it represented intact. All in the name of profit. It’s like your dad gives you his truck. Then one day, you need to sell it. You find someone you think will put similar emotions into it and enjoy it just as much as you did. Shortly after you shake hands, he drives it to a chop shop and sells the parts because he can squeak out a bit more cash than keeping it whole. That’s what is happing to country music. The songs have pieces and parts of what makes a song country, but it’s not even close to what initially made people love the genre.

As “woke” as people are these days, you would think we would recognize the direction that country music is heading. We are erasing culture and a lifestyle. Those of us with leather hands, dusty boots, and old trucks are getting smaller in number, but we were the culture that created country music, and people craved that simple lifestyle. Now the Nashville skyline is getting taller, and those worn-out wranglers are getting replaced with Gucci. I agree country music needs to change with the times, but not politely erased.

In walks, Charlie Marie and her new single “El Paso.” To be upfront, I am one of the biggest cheerleaders for Charlie. There is a lot to love. She is exceptionally talented when it comes to vocals, entertaining, and is a fantastic storyteller. In many ways, she is reminiscent of Patsy Cline. Though, her classic style is not the main thing that makes her essential to country music today. That top spot goes to her ability to combine the old with the new. Charlie Marie did not have to part out country music to make it feel fresh. She simply changed the story in her songs. Her latest single made this crystal clear.

“El Paso” is very tongue-in-cheek. It took me a few plays to believe what my ears were hearing. After listening on repeat while writing this, I still can’t help but chuckle. The patrons here at Goldleaf Coffee must think I have lost my marbles. I have been debating whether to spill the beans on this song with both you and them. I decided not to. I think you need to experience “El Paso” for yourself.

There are a couple of things I can tell you, and they are essential to this review. “El Paso” will not only force a smile, but it’s also a contemporary topic. Something that is still taboo in many places, especially in the country music genre. Charlie Marie skillfully threaded a very fine needle with “El Paso”, and it worked! She yanked country music into the 21st century, and it stayed intact. Artist like Charlie is what country music needs, not industry leaders willing to sell the genre for scraps.

I highly urge you to give “El Paso” a listen and Charlie Marie a follow. She is what contemporary country music should be. She is proof that you can still hold on to the past while living in the present. That said, if Charlie isn’t on your playlist already, shame on you. All the links you need are down below. After you do that, take time to learn more about her. Read Charlie’s full interview on our Feed the Band series and try the Tiramisu recipe she inspired. It’s one of our most popular recipes to date!

Check out our full interview and featured recipe with Charlie Marie!
Click Here 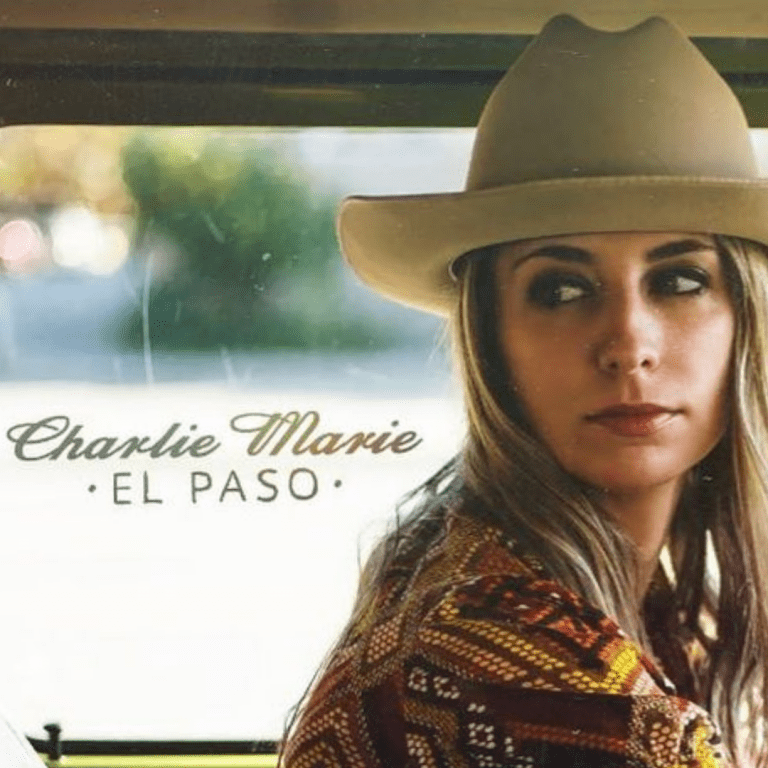 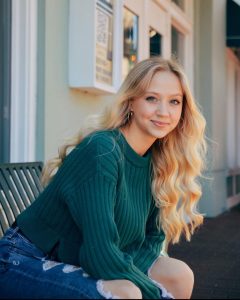 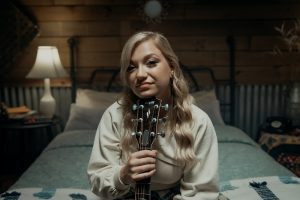 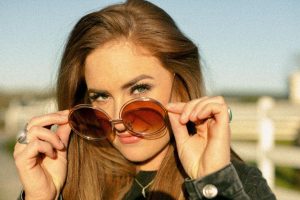 “Put Me In A Bar” The New Single From Bryan Frazier Is a Fun, Not So Serious Song That Needs to Be Taken Seriously