I am not going to lie. We sometimes struggle to get guys to follow through on our interview process. It’s not complicated. Whatever it is, some guys just don’t want to put in the work. However, today is not one of those stories. Our next artist on Feed the Band actually surprised the heck out me with his work ethic and the internal compass that guides him.

At first glance it could be easy for some to make the assumption that Bryan Frazier is just another hillbilly with a guitar. In some ways they would be right.The hills of Virginia and his current home in Nashville serve as backdrops for Bryan’s music. He also is pretty damn good with a guitar too. Once you actually do the math though, these two parts do not add up to the whole of who Bryan Frazier is.

My first conversation with Bryan really pushed home how hard he is willing to work. Most people refer to their music as a craft, but for Bryan it’s more like breathing. It feels natural, but when it becomes difficult you push forward because you have to. It doesn’t matter if it’s easy or it feels like you can’t do it anymore. You have to try. By acknowledging there will be struggles along the way, Bryan Frazier can look step back and look at relationships and situations from all perspectives. This skill is reflected in his song “Appalachica Gold” and his latest single “Last I Heard”.

Hard work can only bring you so far. To make it to the top of anything you have to have something others lack. In the case of Bryan Frazier it is his internal compass. It seems to almost randomly put him in the right place, at the right time. It’s far from random though. Through a candid conversation that we had, I realized Bryan likes to absorb life like a sponge. He takes every opportunity given to him. It’s often said that you miss 100% of the shots you don’t take. Well, Bryan Frazier takes any shot he can to be there when opportunity knocks. His compass will always take him to the next opportunity in life and in music.

It’s a pleasure to have Bryan Frazier as part of the Southern Fellow family. He definitely feels like a brother to me. I’m sure if you reach out to him you will feel the same way.

Let’s get to the interview! As you are reading, keep a lookout for the recipe Bryan inspired and the giveaway at the end. Here is our interview with country music artist Bryan Frazier.

The road to country music for me began at an early age. My parents and two older siblings always had the radio turned on to the local country station and the television always tuned to CMT. With those influences in my life, I became a huge fan of all things country music from the start.
I was twelve when I first learned to play guitar (from YouTube) and in turn starting writing songs. Later on in college I began to play out at any open mics I could find. I moved to Nashville in 2013 after graduation and the rest is history. I’ve been playing on the road and writing songs full-time in Nashville ever since.

Tell us about your favorite spot in Nashville.

There’s a ton of new places every month opening in Nashville so this is a hard one. My current favorite spot would be Cross Eyed Critters Karaoke Bar. It’s an Eric Church themed Karaoke bar with what looks like chuck-e-cheese animatronics dancing behind you while you sing. It sounds crazy but give it one song and you’ll be hooked all night long.

Booking and social media management would be two things that consume way too much of my time.

In your own words define country music.

A song that makes you feel something about your life. It doesn’t matter the situation, there is a country song for it. 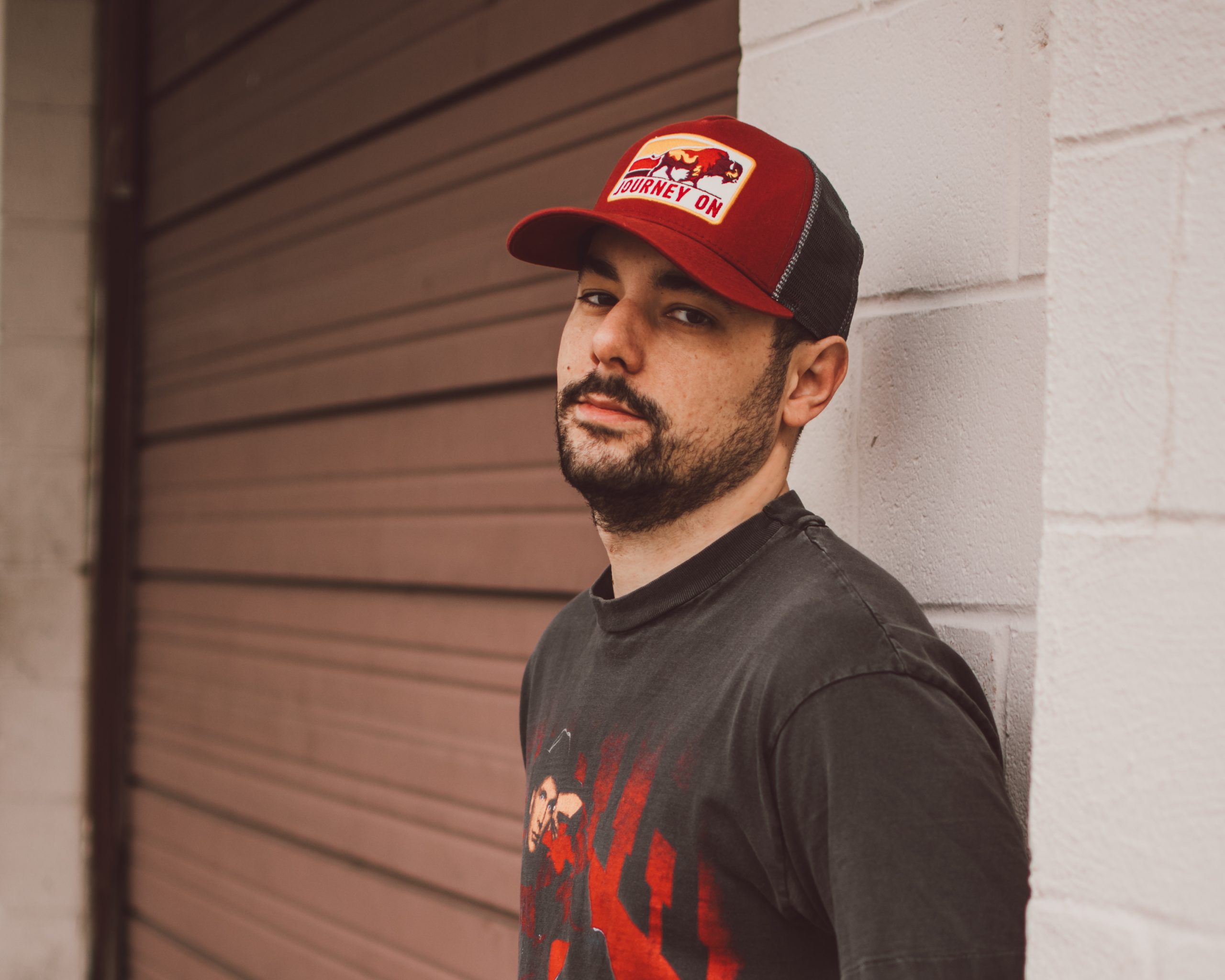 Usually but not always I start with hook or chord progression and then build (like you would a sandwich) from there. With the verse-chorus-verse then if needed a bridge.

The scenic views of the Blue Ridge Mountains, the smell of apple trees in the fall, and the downtown walking mall that is as picturesque as Mayberry.

My first fond memory of food would be Sunday fried chicken after church at my grandpa’s house.

Success is always hard to measure, but to me it would be writing and performing music that real people can connect with.

It would for sure involve fried chicken and probably a bunch of baked Mac and Cheese as the hook.

Do the little things everyday that progress into bigger things. Writing everyday even if it’s by yourself or learning that new lick on guitar. All the small things add up and will help you ultimately achieve your goals in the music business.

Just like Bryan Frazier throws a punch with his music, we did the same with this country meatloaf recipe. We added some serious flavor by cooking it in our pellet smoker.
Let's Cook

2020 is going to be a packed one. I will be releasing two more singles within the next few months and will be on some headlining dates as well as opening some festival dates throughout the summer. Writing wise, I have a few outside cuts with some artists in Nashville that I am really excited for Y’all to hear.

What are 3 things you can’t live without?

My wife, a J-45 Gibson Guitar, and Country Music.

Tell us about your new single “Last I Heard”

“Last I Heard” is a rock country ballad that tells the story of love lost in a breakup, but it was for the best. I think everyone has had a significant other that they loved, but them leaving was inevitable and always at the end of it all the right thing. Give it a spin and add it to your playlists on Spotify and Apple Music if you dig it!

We would like to thank Bryan Frazier for taking time for this interview. Please make sure to reach out to him. He will treat you like family. I also encourage you to check out all of his music on Apple Music, Spotify, Amazon and YouTube. While Bryan’s playing on the radio, give that recipe for our classic meatloaf he inspired a try. Thank you for being part of the Southern Fellow Family. We have more music and recipes on the way.