We have featured so many great artists over the past couple of years. It’s tough to tell you my favorite, even the top five. Though, there are songs that stick with me even with the abundance of new music that I receive daily. “Slow Dance”, the latest single from Dustin Chapman, is one of those songs.

Dustin Chapman showed up on my Release Radar on Spotify. From the first listen, I was hooked. I had to see who It was with such a voice. It was like someone took the voices of Huey Lewis and Josh Turner and blended them. I took to the internet searching for Dustin and what I found was a young, skinny guy that I was positive could not carry such a voice. It took a moment for it to sink in, but after watching the music video for “Slow Dance,” I became a believer.

.Over the past year, I have been ranting about the lack of real love songs in country music. The ones that celebrate the small things in a romantic relationship like George Strait’s “Check Yes or No”. Directly or indirectly, my ranting paid off, and Dustin delivered. Hands down, his voice is the main selling point, but there is a lot to love. “Slow Dance” literally makes you want to grab the one you love or anyone in your proximity and relive those high school slow dances.  I believe if you are young or old, “Slow Dance” is the song you need to bring those feelings back you had at the beginning. I feel Dustin Chapman has a hit, and “Slow Dance” will possibly be the best love song of the year.

We made your life a little easier today. All the links you need to slow dance in the kitchen are below. You can also watch the official music video while you are there. If I were you, I would make sure to follow Dustin Chapman on your socials and your favorite music streaming service. If “Slow Dance” is the start of his career, I can’t wait to see what Dustin does next. 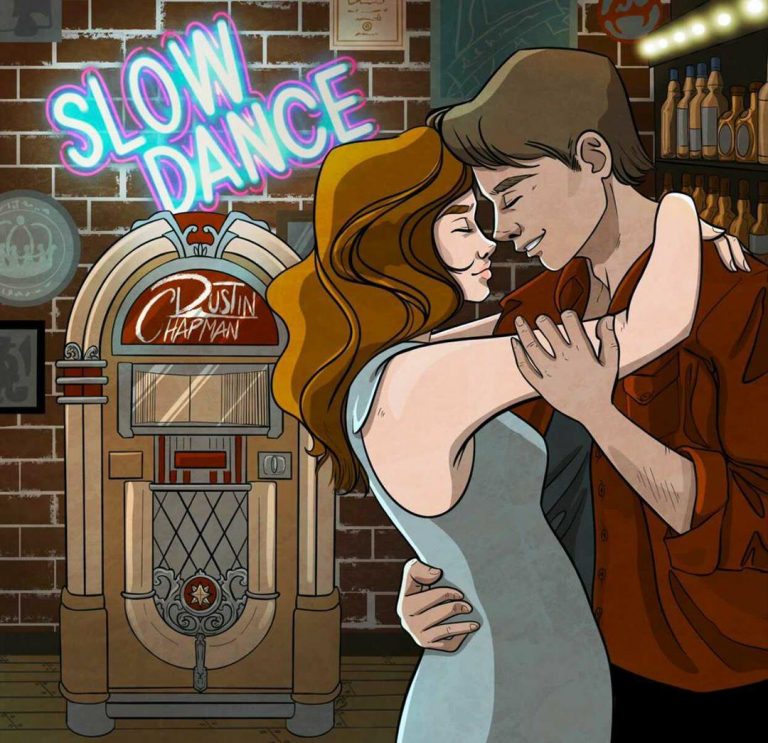 “Here With You” The powerful new single from Layla Brisbois