Taylor Hughes Hits a High Note with “High on Something”

Southern Fellow is quite a bit different than most music media outlets. Yes, we have fantastic recipes, but first and foremost, we are all about family. Every artist we have featured has taken that to heart. However, some always seem to go the extra mile. Taylor Hughes is one of those artists, and she just released her new single, “High on Something”. Without any bias, I have to say, I think it’s her best song yet!

If you asked me Taylor’s strength as an artist, hands down, I would say it’s her vocals. Her voice is rich, full, and lower than many female artists. Artists with a low voice often seem to strain to reach the top and bottom of their range. Taylor makes it seem effortless. “High on Something” is no exception. Even if you didn’t pay any attention to the lyrics, her latest single feels good to the ears.

Let’s talk about the lyrics. I have to be honest; I knew Taylor was going to use alcohol references, and I was worried. It’s a topic in many of her songs, and “High on Something” is another one to add to that list. However, I fear that it may be getting a little long in the tooth. I still feel that way, but damn, Taylor has put these references to good use with “High on Something”. They get to the point of the song without it seeming like she’s trying too hard to make them fit.

‘High on Something” is not some naive take to a relationship. Instead, it’s about the fire two people share that’s hard to describe. Let’s face it. Why people stay together for so many years is a mystery we are still trying to solve. To endure all that is involved and still love the person lying next to you at night should leave anyone scratching their head. Yet, there is something that pulls couples back together day in and day out. “High on Something” is one of the best songs about that mystery.

"High on Something" Taylor Hughes

If you add one Taylor Hughes song to your playlist, “High on Something” needs to be it. All the links you need are below. Her music is getting better and better with every release. Taylor has me excited about what’s next more than ever. If you are excited and want to learn more about Taylor Hughes, you can check out our interview with her on Feed the Band. Do you like ice cream? (Stupid question, I know.) Give the recipe for Double Bourbon Pecan Ice Cream she inspired a try!

Thank you for dropping by The Luncheonette. We have more music and recipes on the way!

Taylor Hughes on Feed the Band

Check out our full interview and featured recipe with Taylor Hughes!
Click Here 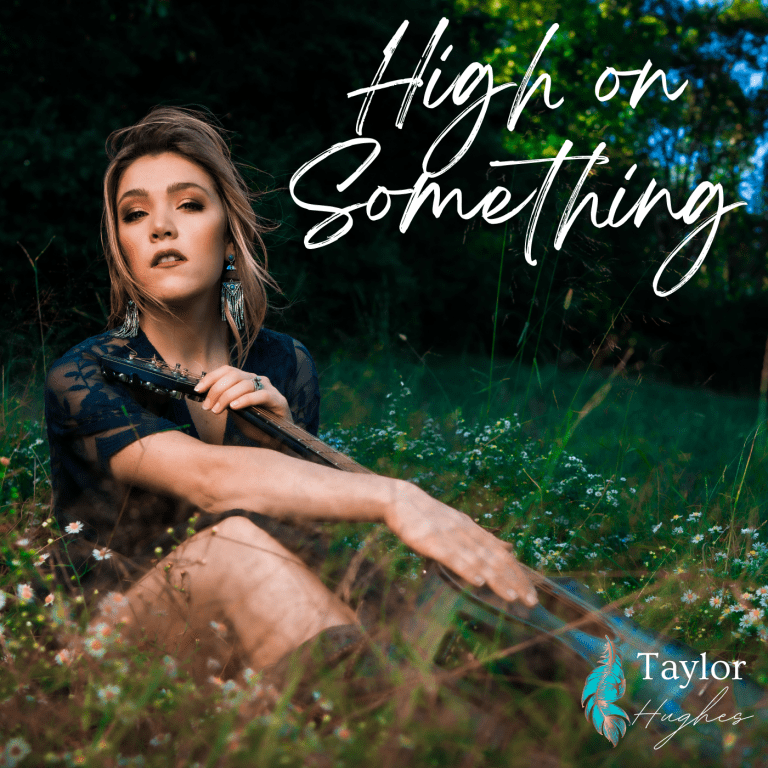 “It All Falls Down” The Steamy New Single from Katrina Burgoyne

One on One with Country Artist Victoria Rose

Last weekend at the @nsbsongwritersfestival was on