I have been speaking with Levi Riggs for a couple months now. Each person I interview has one story that just sticks with me.  In Levi’s case it was his love story. If you ever listen to him describe it, you would think he was selling you a script out of Hollywood. Levi’s 10 year marriage started with a random bump at a gig he was playing. That day he told his band he was going to marry that woman. A short 17 days later they were engaged and 3 months after that married. Most people don’t believe in love at first sight, but spend a little time with Levi Riggs and he will make a believer out of you. Levi will tell you his family is his first love, but music is a close second.

Levi is someone who fits naturally in country music. He plays guitar and his agricultural background makes him fit right in. However, it is his hard work, dedication and many miles that have led to his success as an artist. I also believe he has had some help from his wife. Love is a common theme in Levi’s music and it’s on full display in his single “Wakes Up Pretty”. Not only is his music themed around love, but the energy it puts off gives his music life. Levi Riggs has two huge love stories in his life, his music and his wife.

We spent a little time with Levi and asked him about life, love and music. In the tradition of Feed the Band we have a delicious recipe down below and at the bottom a giveaway to check out. Please welcome Levi to the Southern Fellow family. Let’s get to it! Here is our interview with Levi Riggs.

I started writing songs and playing guitar in college at Purdue University. My senior year, I front-loaded my classes so I could go to a recording studio and record my original songs. I needed to step-up the production in my songs, so my first few trips to Nashville were aimed at finding great producers to help me. I began working with Matt McClure, Paul Compton and Eddie Gore. I learned a lot from all of them and they’re now great friends of mine. My first big single was with Flying Island Entertainment, an independent label. We really made a big splash at radio stations nationwide with my song “My Best Friend’s A Girl.” I still work a lot at Historic RCA Studios in Nashville writing and recording original music and spend the majority of my time out playing that music with my band across the country.

“Cash Black.” It’s a new color I made up. I actually just wrote and recorded a song called “Cash Black.” There’s nothing darker than that! Johnny Cash is a huge influence of mine and in his song, “Man In Black,” he talks about how he carries off darkness on his back and tries to make the world a better place. That’s what I try to do with the people I impact as well.

I would probably be working in the agricultural industry full-time. I come from a farming family and always worked hard on the farm as a kid. Farmers are some of the hardest working and most dedicated people I know. They feed the world, and that’s a very noble cause to support.  It’s rewarding to see the faith that is planted with a seed in spring become a huge blessing in the fall at harvest.

Who has inspired you the most and how has that person contributed to your music?

My biggest inspiration is Elvis Presley. He was a little bit of everything from a musical standpoint: country, rock, gospel and soul. Listening to his catalogue of music, I learned how to sing all of those styles very well. He really poured his heart into his music. I try to make that passion shine through in my performances as well. He also spent a lot of time with his fans. I have always tried to make my fans and the overall fan experience my focal point – especially when I am interacting with them in meet-and-greet situations and on social media.

I almost always start with writing a great chorus. It has to be sing-able. I want my fans to be able to sing along with me when I sing it. I always write with my fans in mind. I build my songs around the hook.  It has to have a great melody and concept. Then I build the verses around the chorus to tell the story of the song.

I met my wife at a concert. After 17 days, we got engaged. After two months, we were married. We’ve been married for 10 years now.  When you know, you know! 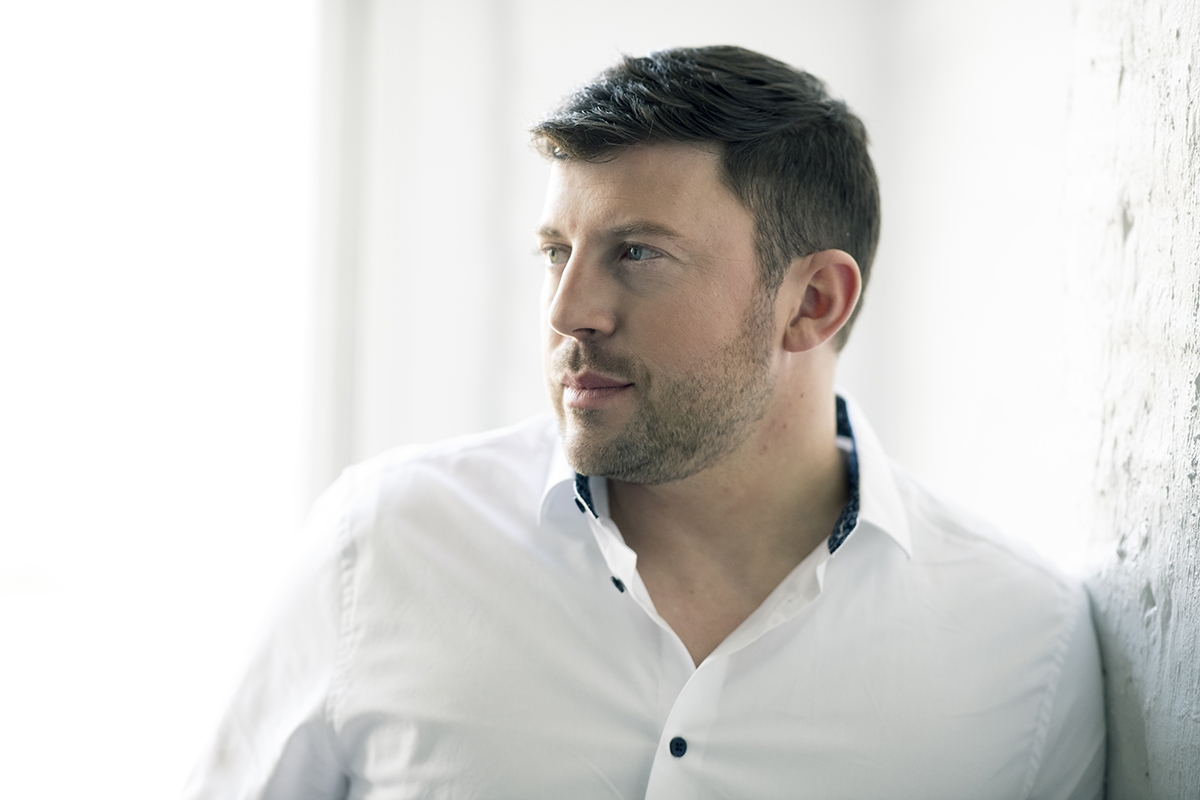 I think the first time I fell in love with food was when I was 5 years old going through the potluck lunch line at our church in Danville, Indiana. When the church ladies cook, THEY COOK! So many options and you have to save room for all of them! So I always loved those pot luck meals!

To me, success is setting targets for yourself towards your goals that are hard to reach and achieving them. Ultimately, when you achieve your small targets, you will come that much closer to achieving your big goal.

If you could learn anything new, what would it be?

This to me is a comfort food through and though. I was glad when Levi mentioned lobster. I have been using this recipe for some time and now I get to share it with you.
Let's Cook

Tell us about your single ‘Heard You in a Song”.

“Heard You In A Song” is just a really rocking, fun song to perform. I love the concept of it. How often do you think of people when a song comes on and reminds you of them?  To me that happens a lot, and that’s what this song is about.

If you found a $100 winning scratch off, what would you buy?

Feel free to reach out to me on social media! I’m always there to respond!

That is Levi Riggs everyone. If you see him at a concert, on the street or social media welcome him to the Southern Fellow family. I don’t need to say it, but I am going to say it anyways. Dust off that playlist and add Levi to it. You can find him on Spotify, Apple Music, Amazon and YouTube. Make sure you check out that delicious recipe above and the giveaway below. Thank you for tuning in here at Feed the Band. We have more music and recipes on the way.