I don’t always get to see artists live. I wish I had the budget and time to do all that traveling. When one of them visits my area it’s pretty special. No matter how many Zoom calls and Instagram lives I do, it’s not the same as meeting someone face to face. Our next artist on Feed the Band is someone who I was lucky enough to chat with in person not once, but a few times.

Let’s talk about Kelsey Lamb the person. I think it’s safe to say we are both on the shy side. Given that information, you can imagine that neither one of us are the best at starting a conversation. Our talk before her first show was a brief introduction with a few social niceties thrown in. I don’t know if it was my beer or if Kelsey felt a little more relaxed after a great show, but we both started to open up. The conversation became more organic. The big takeaway from that first conversation was that Kelsey Lamb lives and breathes music. More than most people I have interviewed.

Normally when an artist starts talking to me about their music, they are simply giving me a resume. With Kelsey it was different. She noticed I was taking photos and asked me if I could recall how the music sounded from the different points in the crowd I was standing. Kelsey, her guitarist Taylor Guyette and I then started to talk about the show as a whole. She showed focus and at times Kelsey was a little hard on herself. “So what?” You might ask. “There are tons of people like this.” That may be true, but Kelsey Lamb knows how to use her strengths and weaknesses like a laser-guided bomb.

Being this self-aware has put her in a position to drop one good song after another. I can’t think of one track that Kelsey has released that doesn’t deserve radio play. Do you want that everyday love song? Give “Little by Little” a listen. Are you at the end of a relationship? “Girl at the Bar” should be a song on your playlist. They all demonstrate Kelsey Lamb, as well as her cowriters, have true songwriting prowess. She also does an incredible job at song delivery. Kelsey’s voice easily sells each word. Her range is not extremely wide, but Kelsey knows how to use every part of it. She gets just high enough, without being pitchy. There is also the tiniest bit of gravel that adds some sultriness to complete the package.

I have been lucky enough to call Kelsey a friend for a while now. I now get to introduce her to you. Before we get to the interview though, please look out for the Orange Infused Buttermilk Donuts with Chocolate Dipping Sauce recipe she inspired. At the bottom, we have a giveaway for you as well. Let’s get to it! Here is our interview with country music artist Kelsey Lamb.

Well, my journey to Nashville started in late 2016. I had just come off of a Christmas musical tour, called “The Toy Shoppe” which was written by Kenny Rogers, at the beginning of that year and got the music bug big time. I grew up knowing I wanted to be a singer, but it took that tour to really push me to turn it into a career. So, later that year I started renting Airbnb’s and coming to Nashville for about 2 weeks at a time and trying to fit in, in a town where I barely knew anyone. I fell in love with the city and the songwriting industry and now I’ve been here for almost 4 years and wouldn’t change a thing!

If I could absolutely not play music ever again, I would probably go into journalism!

I think success is when you find you are genuinely happy doing what you love every single day. I’ve learned over the last couple of years that success doesn’t come in a perfect little packaged career, it comes in waves and phases of life that you grow with. I think I’ve found success in different phases of my life, in different ways that maybe didn’t line up with what I thought success was supposed to be.

If you came with a warning label, what would yours say?

Oh goodness, haha. My warning label would say “Comes filled with anxiety and stupid theme songs for every part of the day”.

During a songwriting session, I am typically the artist in the room and I try my hardest to bring a title that I am passionate about or a story that I want to tell and we go from there!

What is the funniest thing that has ever happened during a performance?

Uhhh…. That’s so hard. I guess the funniest moment would have to be when I was playing a show at the Bluebird Cafe in Nashville and I was halfway into my first song and I got a bubble in my throat and basically burped in the mic… it was unexpected. Haha 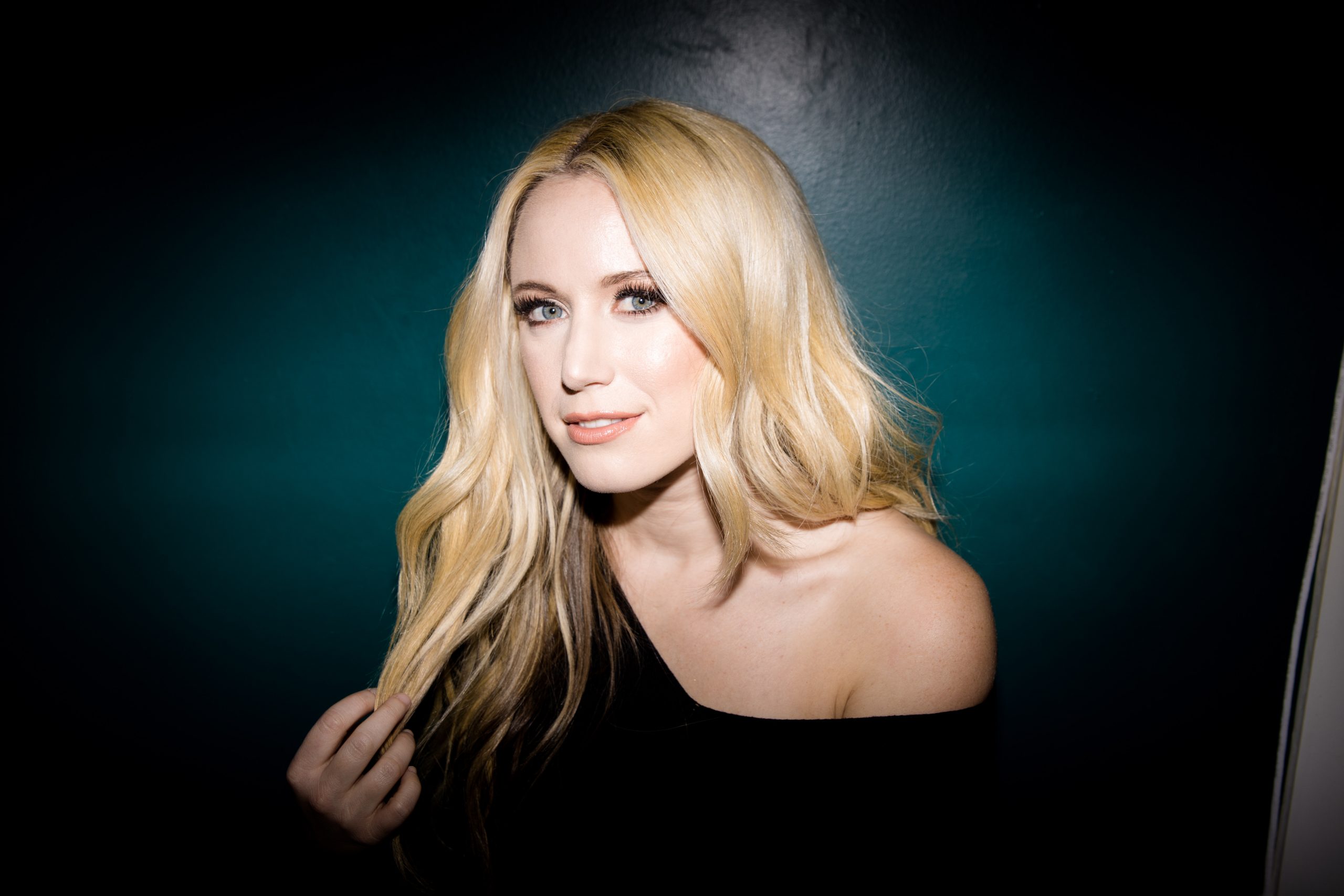 The fondest memory I have of food is when I discovered donuts at a sleepover when I was a kid. I ate a dozen, and never looked back.

If we were to interview your best friend in high school what would they say about you?

I honestly have no idea… maybe that I was shy in high school? Haha

Tell us about your song “Talk to Me”.

“Talk to Me” was written with Taylor Goyette and Josh Hoge. Honestly, I had this title on my phone, and I really wanted to write a good, flirty song that had a little bit of an r&b feel… and this song happened and I fell in love with it immediately.

What are some small things that make your day better?

Working out, that’s something I have to do every single day… it’s a stress reliever and just makes my day feel complete.

When Kelsey told us about her love for donuts we went all out! Orange zest and chocolate really are the stars in this recipe. Try it todsy!
Let's Cook

I hope 2021 has a lot more live music, a lot more social time, and vacations.

If you could write with anyone, living or who has passed on, who would that person be?

Probably Avril Lavigne. That would be a dream.

What’s the best dating advice every single person should know?

Please follow me on social media and go stream my music!!

That is Kelsey Lamb! She is one of the best female artists in country music. Don’t just take my word for it though. Go listen for yourself. You can find her music on all the usual suspects including Spotify, Apple Music, Amazon, and YouTube. While you are listening give that recipe for Orange Infused Buttermilk Donuts with Chocolate Dipping Sauce a try. You will have to cook them yourself. As nice as Kelsey is, I don’t think she is willing to part with hers. Thank you for reading this interview. We have more music and recipes on the way right here at Feed the Band on Southern Fellow.

The Video Premiere of “Homesick Hearted” by The Jensen Sisters