I miss the love songs from guys like George Strait. It is impossible not to fall in love with “I Cross My Heart” playing in the background. Boy, have times changed. Many of today’s stories told by men through song at best objectify women and, at their worse, flatly portray them as second class. The cues are so subtle, and often they are overlooked. I have always enjoyed a good country love song. I found myself listening to country radio less and less because of the lack of them. It wasn’t until starting Southern Fellow that I found what I had been missing. Female artists were picking up the torch that their male counterparts dropped. “I’d Fall for That,” the new single from Emily Daniels, is proof that good old-fashioned love songs can still be relevant today.

It took me a couple of single releases to warm up to Emily Daniels. Her first couple of singles were good, but then she released “My Last Name.” That song hit me like a ton of bricks. The story was not something I went through. As far as Emily, it was very personal. Her anger and heartbreak came through so direct that I still feel it every time I listen to that song. “I’d Fall for That” is the pendulum swinging in an entirely opposite direction.

I don’t know if “I’d Fall for That” falls under the definition of a love song, but what I think it does and does well is tell all of us guys what a real one should sound like. Emily lays out that always wearing the clothes and doing the things “you” like ain’t going to cut it. Love and respect are something that a guy should value. That is something I can personally get behind.

The state of country music, love songs, and relationships sounds like pretty serious stuff, but Emily Daniels doesn’t punch you in the face. Instead, “I’d Fall for That” is delivered with fun lyrics and an upbeat tempo. I can’t help but think of Dolly Parton every time I listen to Emily’s new single. They both are good at turning a somewhat serious topic into something fun. That makes for a great songwriter.

Male or female “I’d Fall for That” deserves a spot on your playlist. It’s just that good! All the links you could ever need are down below. While you are tapping your feet to Emily’s new single, get to know her. Check out her full interview and give the recipe for Classic Meatballs with a Smoked Tomato Marinara a try! That recipe is classic, red, and fun, just like Emily!

"I'd Fall for That" Emily Daniels

Emily Daniels on Feed the Band

Check out our full interview and featured recipe with Emily Daniels!
Click Here 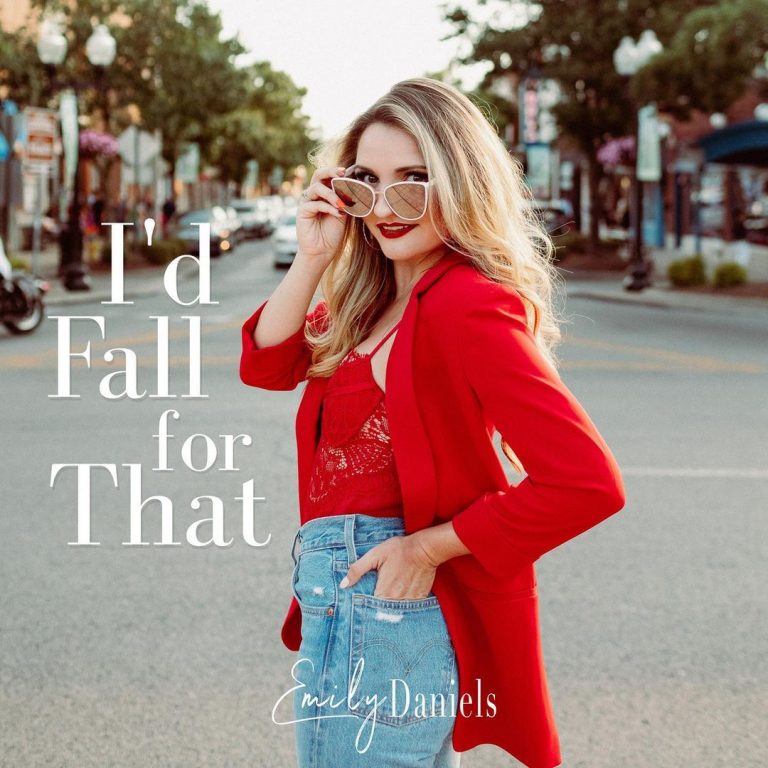 Bailey James Gains Freedom On All Fronts with “Finally Free”