Why can’t all men be like girls in the bathroom? When country duo Steel Ivory first raised this question at our Nashville showcase in March, I laughed it off. At the time, it felt cute but not relevant to me. However, reflecting on that night, I know I was a minority. After they played their upcoming single, the girls in the audience, including my mom and sister, couldn’t stop talking about it for the remainder of our stay. To my surprise, “Girls in the Bathroom” started to make complete sense the next day.

After the show, Kayleigh, Kristin, Taylor Teasley, and I headed back to the hotel. I planned on simply saying my goodbyes and head back to my room. Instead, however, they invited me in to talk about that night’s events. It wasn’t until the next day that I realized I had spent the night before engaged in what I am going to call “girl talk”.

What I planned on being a 10-minute visit turned into an hour and a half stay. That night we covered all sorts of topics, some serious, while other things were simply gossip. Before that night, my belief for straight guys was friendships with the opposite sex can only go so far. But that night changed my opinion. I can honestly say I can not remember a time before when I did as much soul searching and laughing until my gut hurt. I now understand “Girls in the Bathroom”.

Steel Ivory can flat-out sell a story, and I feel relevant cover topics. An outsider looking in might think it is because of their similarities, but I think it’s their differences that make a song like “Girls in the Bathroom” appeal to a broad audience. Kayleigh softly works to get a message across, while Kristin, on the other hand, takes a straightforward approach. Somehow they have found a way to weave each ethos into their songs. This mixture attracts a wide array of people, more so than from just one point of view. “Girls in the Bathroom” is a prime example of this.

I think “Girls in the Bathroom” is contemporary country music at its finest. There may be a few boys out there that don’t get it, but for you ladies out there, this is the anthem you have been looking for. It’s fun with a dash of honesty that I now know you all talk about. Don’t just take my word for it, though. Using the links below, you can get your digital hands on Steel Ivory’s latest single. While listening, check out our full interview with Kayleigh and Kristin and try the sweet brownie recipe they inspired.

Steel Ivory on Feed the Band

Check out our full interview and featured recipe with Steel Ivory!
Click Here 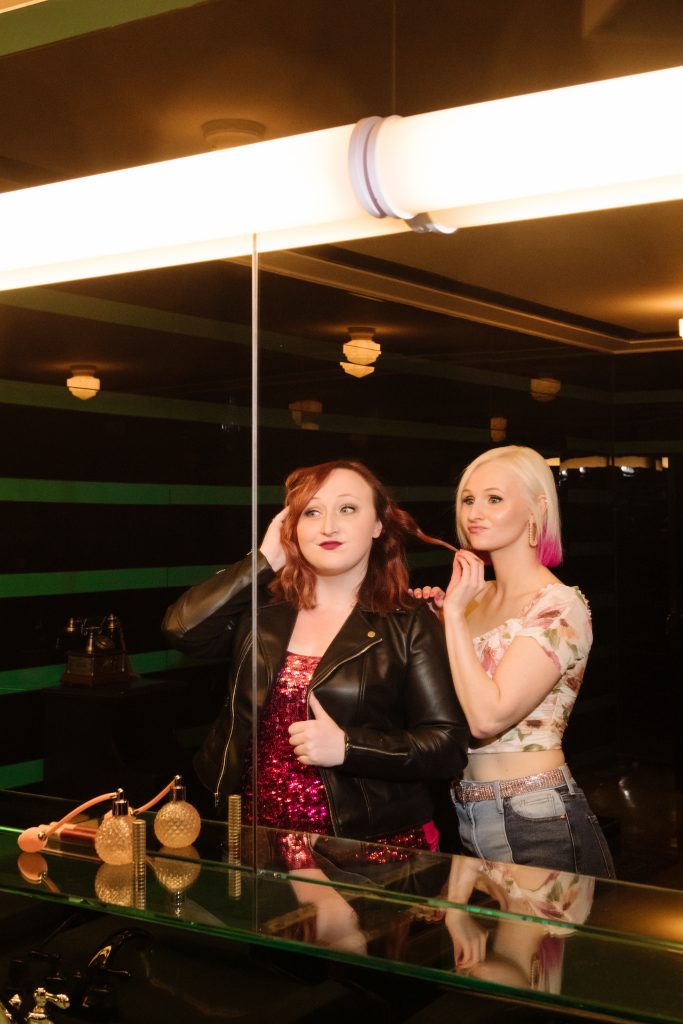 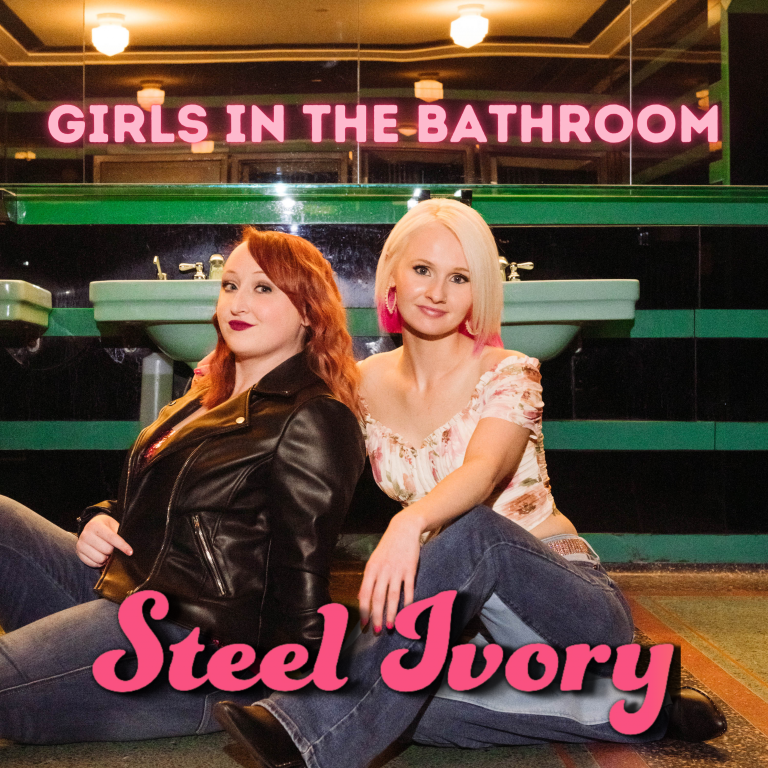