I am going to be honest. I have never been a huge fan of female breakup songs. Kelsey Lamb snuck up on me with “Little by Little,” the single that introduced me to Kelsey. This love song made me fall for Kelsey big time. No, not in a romantic way, but as a storyteller. She had me wanting to be in the story. A romance based not on big gestures, but the little things. Shortly after that came “Girl at the Bar”. I knew I was going to hate it, but Kelsey pulled me into the female perspective of heartache for the first time. Now we have “Come Here to Talk”. Yet again, I judged it only after listening to the first few lines. I did some soul searching and gave it a proper run-through. I am convinced that Kelsey Lamb is the new queen of breakup songs.

At first, “Come Here to Talk” saucy hookup after a relationship has ended. Something pulled from a TV show like Grey’s Anatomy. Sexual tension begging to be released. Many of you might draw that same conclusion. That’s perfectly ok. That’s precisely the angle I had at first. Then after the third listen, for whatever reason, my brain put Kelsey in the story. After that, my perspective of “Come Here to Talk” started to change.

After spending a little time with Kelsey, the first thing I noticed she is soft-spoken. On top of that, her relationship with her fiance is more in line with “Little by Little” than “Let’s Get It On” by Marvin Gaye. So I started to reconstruct “Come Here to Talk”. The story then had a much more tender feel to it.

Loneliness can feel like a deep dark hole. There comes a time when you don’t care who drops the rope to pull you out. Sometimes it’s the person who put you there in the first place. You just grab ahold and are thankful to be out, even if it’s just for a night. Sometimes, an embrace while living with the pain of a broken heart is better than not having one at all. If I could look through Kelsey’s eyes, I am pretty sure this angle is what I would see.

“Come Here to Talk” will hit everyone differently, and that is a good thing. It’s a sign of a good storyteller. Kelsey’s songs are multifaceted and validate that she is the new queen of breakup songs. “Come Here to Talk” Is a track worthy of your playlist. All the links you need are down below. While you are listening, be sure to check out our full interview with Kelsey Lamb and try the recipe for Orange Infused Buttermilk Donuts with Chocolate Dipping Sauce she inspired.

Kelsey Lamb on Feed the Band

Check out our full interview and featured recipe with Kelsey Lamb!
Click Here 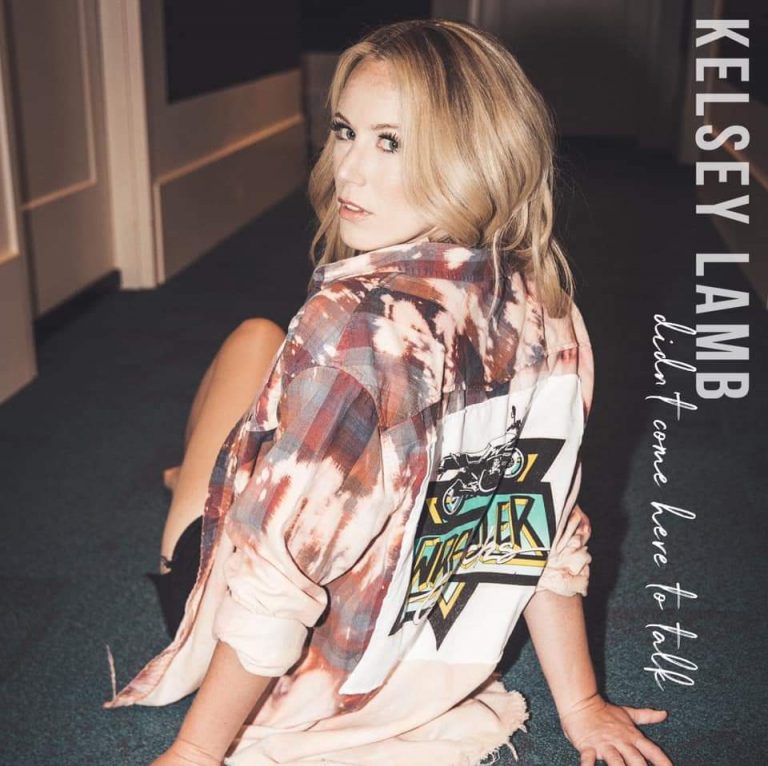